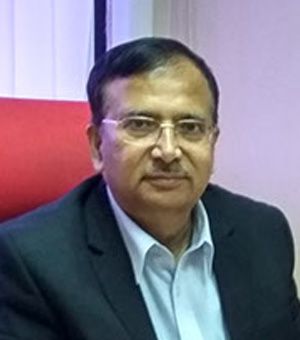 An International expert in New Generation Network (NGN) technologies, Telecom Regulation, Interconnection and Broadband with 38 years’ experience in all aspects of Telecommunications, including 33 years of active services with Ministry of Communications & IT, Government of India , TRAI , the Regulator and BSNL A PSU, Ravindra Kumar Mishra ,A Graduate in Electronics and Communications , is recognized as an Analyst, Advocate and Advisor on ICT related Policies, Projects and Business. He joined Ministry of Communications & IT in 1983 in ITS cadre as Assistant Divisional Engineer ( ADET ) and first posting as SDO Telegraph at Sikkim.

A. During course of journey in Department of Telecommunications, Government of India, he has served in following establishment.

B. He was on Board of following Companies during his Service:

C. During his Tenure in Government he was trained in in various Management Institute:

D. During his Tenure in Government, he was also deputed to Foreign Countries to represent Government of India on Telecommunication.

E. After Superannuation in 2015 appointed as Sr Telecom Consultant in TCIL a PSU under DoT Ministry of Communications for one year.

F. There after he worked as Independent Consultant in Telecom field .