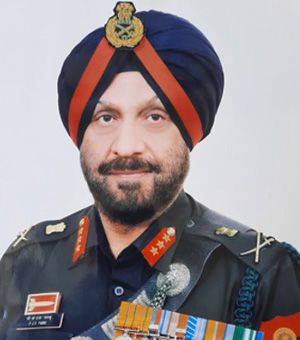 Former Deputy Chief Indian Integrated Defence Staff (Operations) responsible for coordinating military operations of the three services. He was responsible for raising the Defence Space and Cyber Agencies, as well as the Special Forces Division. He conducted the first ever space exercise in India nicknamed IndspaceX in 2019. He served three tenures in the Military Operations Directorate at Army Headquarters and on two UN missions, Mozambique and Sudan both as Chief Operations Officer. He was the Chairman of the Executive Committee of CENJOWS (Centre for Joint Warfare Studies) and USI (United Services Institute) of India both premier Defence Think Tanks. He is a distinguished fellow at the USI, India. He is pursuing a PhD in Indigenisation of Defence Industry. He is a regular contributor to publishing articles and a regular speaker in the media channels. He has recently published the USI National Security Paper 2021 on Role of Niche and Disruptive Technologies in India’s Deterrence and War Fighting Capabilities.